The Game Awards Nominees Have Been Announced

The Game Awards 2021 nominees have been announced. There are 30 categories and 80 unique nominations across that. Deathloop, Psychonaughts 2 and Ratchet & Clank: Rift Apart are among the most nominated of the new games this year.

Cyberpunk 2077 managed to snag itself two nominations for Best Score and Best RPG. Initially this was met with great confusion as the game was released in 2020. However, owing to a cut-off date, Cyberpunk could not be nominated in 2020. Thankfully for the developers, the ensuing year has allowed a great number of updates and bug fixes and arguably, the game is now deserving of this nomination.

FIFA 22 also features a nomination for Best Sports/Racing Game after implementing its new Hypermotion engine. However, it faces strong competition from Riders Republic, F1 2021 and Forza Horizon 5 in a stacked category.

Giancarlo Esposito is nominated for his performance as Anton Castillo in Far Cry 6. This was a very high profile casting choice by the Far Cry team, yet it is little surprise he has earned this nomination and the casting choice has been vindicated as a fruitful decision.

Apex Legends, Destiny 2, Fortnite, Final Fantasy XIV and No Man’s Sky feature nominations for Best Community Support. Each of these games have invested heavily in their player base, maintaining a devoted audience and no doubt all of these developers should be proud to have achieved this nomination so long after release. Elsewhere, Microsoft Flight Simulator has earned a nomination for Best Sim/Strategy Game and Nintendo dominates the Best Family Game Category.

The Game Awards allow the public to vote on each category, however, the results are determined by 90% voting jury and 10% public voting. Hopefully, this year’s awards will provide some hardworking developers with the reward they deserve. 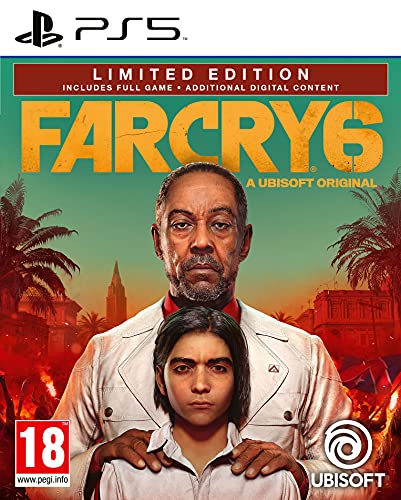