When it was first announced that Sony Santa Monica Studios were going back to the well with the God of War franchise, there seemed to be a feeling of “why?”. It had come just after it was announced that the unnamed new IP from the studio had been canceled, and this had the feeling of them going back to what they know. To catch the attention of the gaming community, God of War and Kratos would need to change.

Taking some cues from the Soulsbourne franchise, the camera is now above and behind the shoulder, rather than from a set point in the scenery. This gives the combat a much more intimate feeling rather than the freely hack’n’slash feeling of the previous games. The combat itself is also a couple of steps slower than it has been, with more of a focus on the strength of Kratos, and his magnificent axe, Leviathan.

Speaking of Leviathan, hitting enemies with this feels heavy and absolutely devastating. It does look and feel like the axe gets stuck in an enemy, and then dragged out from it. The axe can also be thrown at the bad guys and can temporarily stun them. Once thrown, you can then go around and punch everything. This raises a stun meter, and once full you can press the R3 button to do a devastating finishing move to it.

…And then you can recall the axe.

This is perhaps one of the most satisfying thing you can do in any video game. I spent a long time just throwing the Leviathan axe as far as I can, just to recall it. It makes a great noise once caught, and the controller vibrates for just the right period of time.

Throughout the whole game, Kratos is accompanied by his son Atreus. In combat, you can just ignore him at the start, you won’t need to look after him at all. As you go through the game and level up Kratos, you can also level up Atreus. As Atreus gets leveled up, the better he is at combat and the more combos you can to the various enemies. It is well worth leveling him up, as he can shoot enemies with his bow and arrow, as well as summon animal spirits to help out with combat, and to hunt down items and collectibles.

The bosses are also very well designed, from the story bosses to the optional extras. They are all very cinematic, as well as being challenging. The only downside is that one of the bosses, the Trolls, end up fighting more of them than really should be necessary.

The only real downside of the game is the slight lack of enemy variety, as well as most of the items and collectables scattered throughout the game feeling quite superfluous.

The story of God of War follows Kratos and Atreus across the Norse pantheon to find the highest peak. Along the way you will meet some great characters, with all characters being voiced superbly. The story is one of a father and son, who are very different from one another, finding a way to both survive in this world, as well as finding commonality and understanding one another. The story as a whole is very touching, with some great memorable and emotional highlights. This is not a story that is trying to deny Kratos’ past, but to accept that his past had happened and that he can move past it. 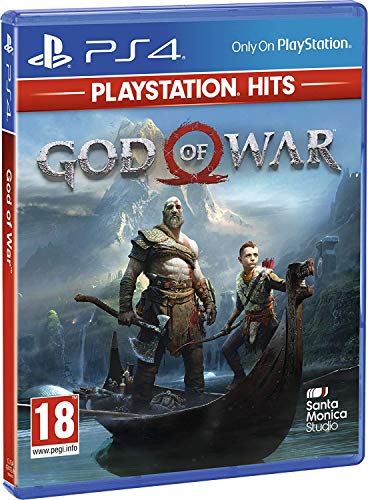 Top MMORPG(s) in the last year… we think!