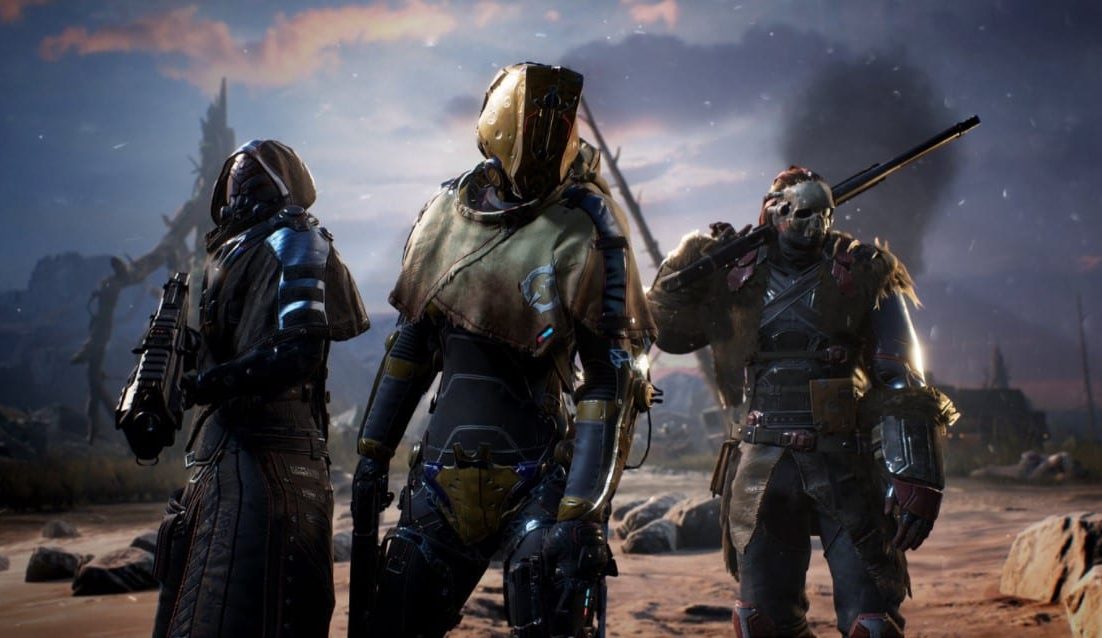 Outriders was launched on the 1st of April this year, and so has had plenty of time to bed itself into the gaming community. It provides a semi-new take on the traditional 3rd person shooter such as The Division, Ghost Recon, and Mass Effect. Players of the 3rd person genre will be very familiar, and so comfortable with the way this game will play out. As mentioned, this game has a slightly different take to the 3rd person shooters that seem to be monopolising the market today. Outriders is set in the future, where the Human race needs to find new worlds to colonise. It really shouldn’t come as a surprise (especially given the climate changes underway already), that we Humans have damaged our planet to the point of uninhabitability. Enter the Outriders.

An elite set of pathfinders sent out to explore the universe to find alternative worlds for Humans to colonise. As with most things that seem too good to be true, the world they find holds hidden treasures and perils. Enoch, the planet that the Outriders have decided to investigate, has a deadly secret. An Anomaly storm strands the Outriders on the surface and either you become Altered by the storm or ultimately you will die.

Outriders follow most other titles by having 4 unique classes: Trickster, Pyromancer, Devastator, and Technomancer. No real surprises there. Each class has its own unique abilities, and for once, this means that you really do have to adopt a specific playstyle for each. Tricksters are like assassins, requiring you to get in close and deliver powerful shotgun attacks before mysteriously disappearing from sight. Pyromancers can summon the power of fire to burn and cremate their enemies.

Devastators are the tanks of Enoch, able to soak up punishment and deal it in equal measures. Technomancers are like the sniper /wizards, capable of inflicting high damage at long range with powerful status effects. Each class has its very own distinct play style with different abilities bestowed upon you as an altered. They also have their own progression tree with a choice of 3 routes that can basically be summarized as; a firepower, hybrid, and a tech build.

The game is a traditional looter shooter but is not open world. Progression comes through a fairly lengthy story line and end game content consists of doing Expeditions to gain that elusive high end loot. The game has a similar leveling system to The Division, with the player gaining a power level and gaining Class Points to upgrade your class tree.

Each point unlocks a node in the tree, for a maximum of 20 points. You can mix and match between the 3 different tree routes, which can lead to some pretty interesting builds. Builds in Outriders are near-infinite, and you can tailor all your gear to your playstyle. The gear progression here is pretty standard too, you start on white gear, blue, purple, and finally gold (standard, rare, epic, legendary)

The graphics in the game are really good, with a good mixture of new worlds and familiar, Earth-like settings. The story is fairly lengthy and unique. There is a ton of loot. It’s literally thrown at you from word go. Just follow the usual leveling up process; slap on the piece with the highest gear score and you can’t really go wrong. There are loads of weapons too, with the traditional classes or types, for example, Assault rifles, SMGs, LMG’s, Sniper Rifles and Shotguns.

There are pistols, but who uses those anyway? A nice touch with the weapon system is the ability to change the weapon variant. Say you have a standard AR dropped, you can change between 3 variants. The traditional full auto, a 3 round burst, or single shot. I really like this little detail, as again, this allows near-infinite customization. The perk system on the gear and weapons is also quite unique and easy to understand. It too has a ranking system with perks in tiers 1 to 3, tier 3 being the most powerful – generally.

This is not always the case and some tier 1 and 2 perks can round out your build. Gear pieces come with 2 mod slots when Epic and Legendary, and you can change one of these slots as many times as you like. This is a really neat feature, meaning that 1 piece of armor or 1 weapon can be adapted for many different mission sets. Collecting the mods is also easy, simply dismantle a piece and the mod goes into your library.

I really like the way Square Enix has given a little spin on the build system, it does make it far more enjoyable. End game content is of course where all the really good stuff is, and if you are a fan of grinding and RNG, this is where you will earn most of your legendary gear. There are plenty of Expeditions to keep you busy, and there is a tier system in play for these as well. Each Expedition is timed, the quicker you are the better your rewards. Similarly, the higher the tier, the greater your chances for that sought-after loot.

The problem with Outriders is its predictability and linear gameplay. As you progress through the maps, you are clearly funneled in a particular direction and as soon as you see some sandbags you know that you are in for a fight. It’s let down by not being open world, speaking for myself, I think we have progressed past the Doom-style levels where you are forced to go in a particular direction. There are too many truly open-world games like Ghost Recon, Cyberpunk, and Far Cry for the linear model to be attractive to serious gamers.

The other issue is that although there are a multitude of builds, really there are only a handful that will allow you to progress to the top tier end game, the so called “meta builds”. Try as I might, I cannot complete the top-tier expeditions without employing my Technomancer Borealis Monarch build. Other builds may be fun, but when you get one shot sniped, the novelty soon wears off.

End game content is also a little monotonous, but then this is an issue with all games. I hope that the developers include more content to improve replayability.
The characters are a little 1 dimensional. The voice acting is a little lackluster as well, I never really felt immersed in the story, and found I had no affinity for any character at all.

So all in all, Outriders is a really fun looter shooter with great concepts for the leveling and gear system. It’s the type of game that you find yourself gravitating back to when you don’t feel like concentrating too hard, or only have a short amount of time to play. It’s visually stunning and the weapon sounds and handling are great. You should be able to get around 80 hours of playtime out of this. The linear play style is disappointing as you are quickly aware of any “ambush” that’s coming as the developers have put up a great big sign saying “take cover here”. The gameplay becomes rinse and repeat in short order, and in reality, despite the dozens of mods you collect, there are really only a few that are any good.

I get the feeling that the developers have been too conservative with this game. AAA titles have come under a lot of flak in recent years over lackluster games being released with a multitude of bugs. I can think of several games that have bombed despite the hype – Anthem being the obvious example here.

Square Enix may have decided to dip the game in the pond and see what type of nibbles they got. It’s a far less risky strategy, than overhyping. What this has done though, is given us a teaser at what the game could be, leaving it feeling unfinished. Make the game open world, release new content, and make more build viable, then this would really be a top-tier game. 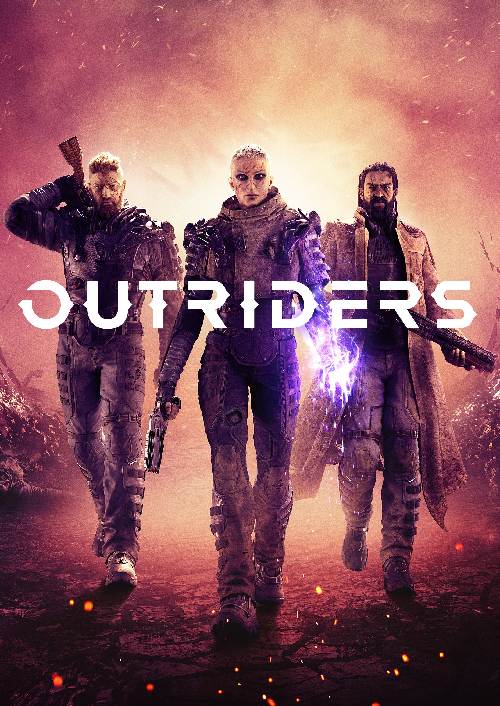 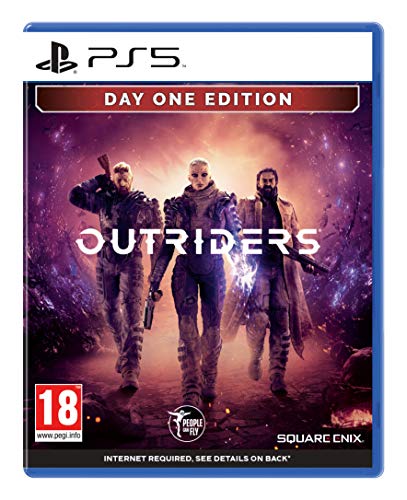 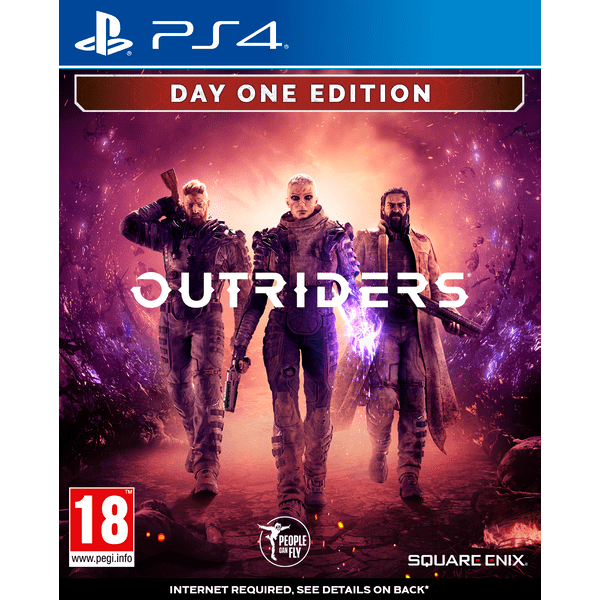 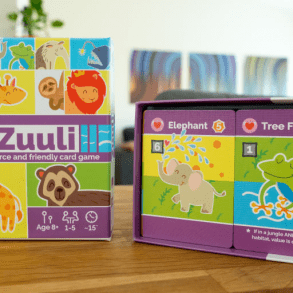 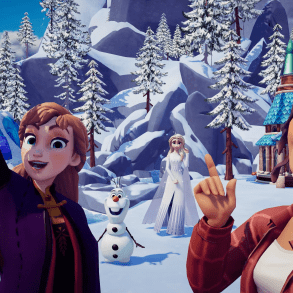 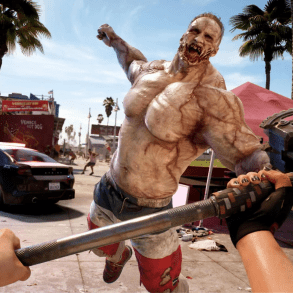 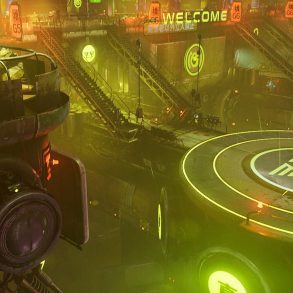